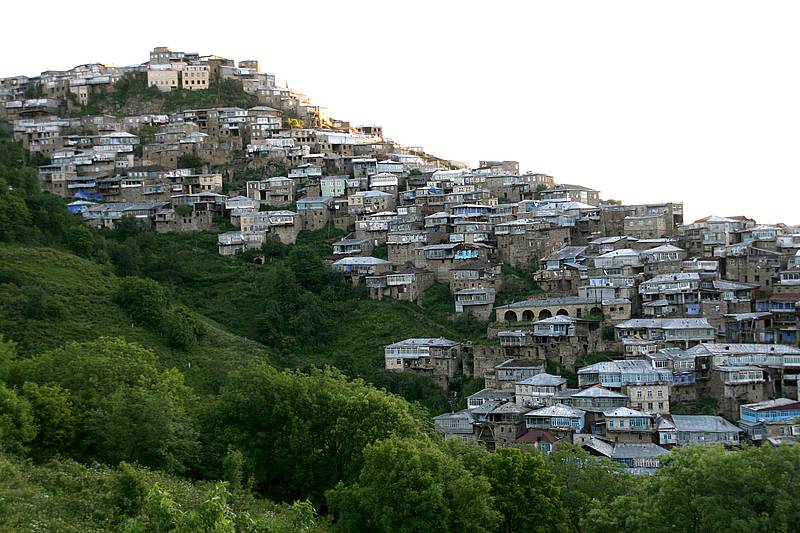 The most famous craft of Kubachi is the production of art products: from weapons and military armor to jewelry and household items. Legends were made about the craftsmanship of Kubachi masters. One of the most beautiful legends tells of how the Persian craftsmen sent the thin wire-like steel wire to the Kubachinites with a proposal to do the same. Kubachin did not stay in debt. Drilling through the Persian wire, they brought it back, writing: “We make pipes out of such a wire”.

A bit of history

Aul goldsmiths settled among the mountains of Dagestan. The ancient name of the aul is Ugbug, and its inhabitants were called kurougan, which means – “destroyers of people”. Therefore, local 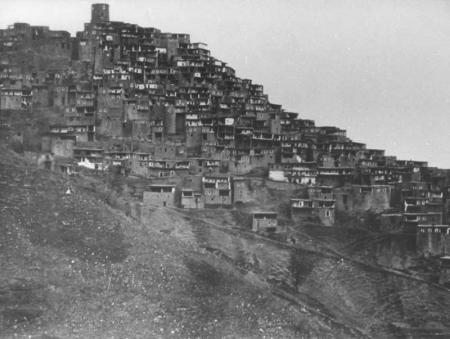 masters dubbed themselves because of their main occupation – the creation of weapons. The weapons were made for themselves and for other peoples. In the 10th century, the Arab geographer and historian al-Masudi mentioned this aul as “the kingdom of Zerichheran”, which in Persian means “The Kingdom of Chains”. And only a bit later the Turks gave the village the name of Kubachi (gunsmiths), which became famous all over the world.

In the old days at the entrance to the aul village were five huge towers with thick walls. In towers constantly was a detachment of forty soldiers young men, always ready to repel the attack of the enemy. Three towers had reached before our times. The inner part of the old aul presents a complex labyrinth of narrow passages and small streets. Buildings – multi-storey, stone with galleries, architectural decorations, flat roofs. The small streets pass in the tunnels, bridges, hanging between the steep slopes of the buildings. In the clutch there are bas-reliefs of 12-15 centuries. 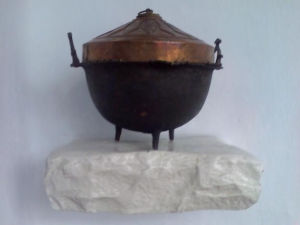 We don’t know when the kubachin craft was born. But already in the extreme antiquity the Kubachins made chain armor, armor, spears and swords. Near the village there were deposits of ore, from which metal was smelted. Ancient masters could not only get iron from the ore, but also prepare various types of steel from it. During the forging of metal, they perfectly mastered such operations as cutting, stretching, punching holes, twisting, punching.

The desire to improve the technical processes had led to inventions of methods of accelerated labor of masters. So, for example, in the production of chain mail, the ends of each individual ring after assembly were connected in a hot way. Then, a faster method was invented, in which a hole was made at one end of ring  and on other was a ledge. After assembling the chain mail, the rings were not sealed, but clamped with special tongs. The density of the join is not inferior to the density during welding. Finished chain armor were cooked in large boilers in oil, coloring them in black and protecting them from rust. Legends testify the popularity of chain armor of the Kubachi in the Caucasus and adjacent territories. The hardness of the alloy, stability to shocks – the main advantages of Kubachin equipment.

After the emergence of firearms, the Kubachinites quickly mastered the methods for making it. The famous were the so-called “gold pistols”, which were worn only by generals and rich men. The entire surface of similar flint pistols was covered with silver details with engraved ornamental patterns. After engraving on these details, a sturdy gilding with mercury was applied.

Basically, especially it refered to the XIX century, Kubachinites had been preparing weapons of the ceremonial appointment. Since the days of the Russian-Caucasian wars, it has become fashionable to wear Caucasian weapons in the Russian army, and then was the  popular to collect Kubachin daggers and swords.They were hanged in the landlords’ estates on the walls over the eastern carpets by retired officers.

According to an unconfirmed legend, until the XIII century. the Kubachins were Christians. If this is so, then Christianity still could not take deep roots, and only laced on local paganism. How is known the Muslim religion adopted by the Kubachinites to have a negative attitude towards the fine arts. Islam forbade to transmiss of images of living beings, so the skill of the Kubachin people began to develop only in the picture of various variants of plant ornament. However, even on this relatively narrow base, the Kubachinites people were able to gradually develop their own non-secondary style.

Kubachinites people are inimitable in the art of combining ornaments and various materials. One of the popular techniques was the Kubachinsky Che-kanka – a deep engraving with a kanfarenic grainy background – most often have used on daggers and sabers. For this technique, a branchy ornament was used. It was applied on the most expensive weapon.The price of the last was determined by the complexity of completing a symmetrical branchy ornament (tutta nakish). No less beautiful freely curly ornament (martharai nakish) was considered more easy for perform and therefore was valued cheaper. With special care, the weapon was decorated with a golden notch over the blued iron in the bishibzib gyache technique. One of the most interesting types of Kubachin techniques – gold inlay in ivory – was also used in the decoration of weapons and almost never met in other peoples.

In the first centuries after Islamization, simplicity and generalization of forms has kept in the ornament. The pattern emphasized the shape of the object, the gilding almost was not used, and the contrast of silver with black created the effect of sparkling diamonds. In the nineteenth and twentieth centuries, there has been observation for complexity and wealth in decorating weapons. 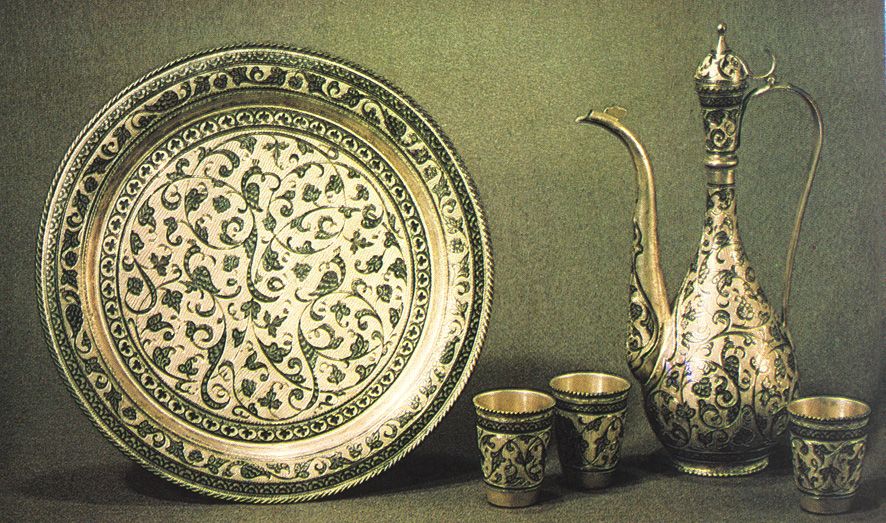 The pattern becomes smaller, sometimes the measure absent in the fascination with gilding, and the value of silver as a self-sufficient material is lost. The foreground is advocates deliberately virtuosic, which is not always synonymous with perfection. On the whole, the character of the Kubachi ornamentation almost did not change over the whole history of the craft development. It always is recognize and has his own special style.

Within this “Kubachin style” you can find out the individual handwriting of each master. Despite the fact that all masters owned different types of techniques, each specialized in a certain type of artistic decoration.This accelerated the performance of work, and also increased the responsibility of the master for the execution of a particular case – engraving, mounting, filigree painting, etc. As a rule, specialization was hereditary, skill was transferred from generation to generation; most often within the same family.